Last week, we attended Synergy Theatre's showcase of award-winning plays from the 2019 Koestler Arts Award at the Royal Court Theatre. 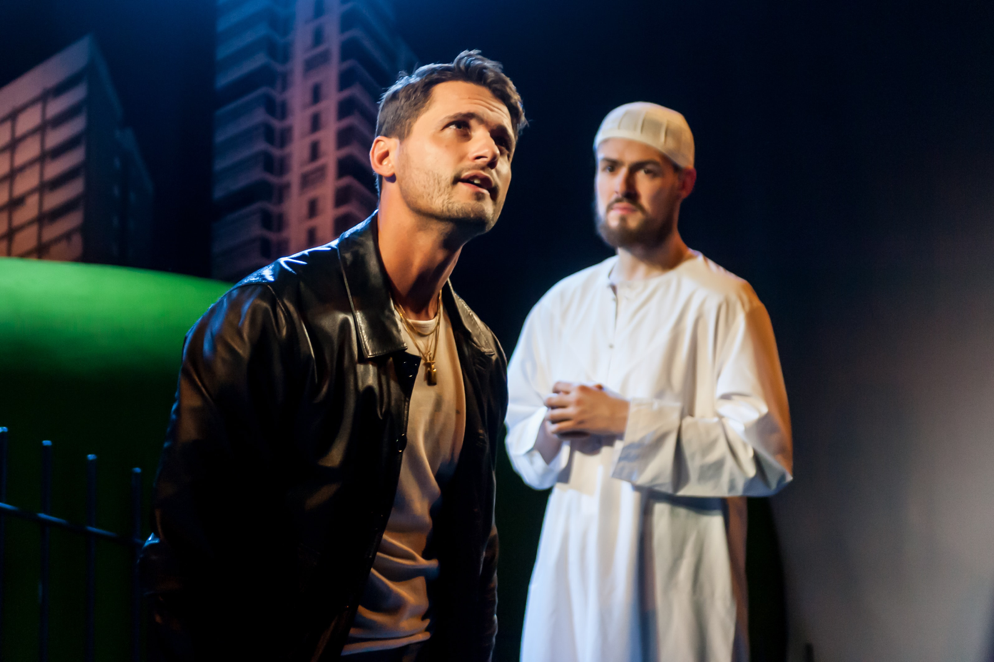 
Here on the blog, we have recently featured 'Another Me,' an exhibition that Koestler Arts have produced in collaboration with The Southbank Centre. The Koestler Arts Awards are not just limited to Fine Arts, Craft and Design; they also include Performance and Audio, Film and Animation and Writing.

2019 marks the second year that the Trust and Synergy Theatre have partnered to deliver the Stage Play category of the competition. All the entries were read and judged by a panel of theatre professionals and ex-prisoners.

Silver award winners Steve and Dominic were co-writers of The Albatross. This was a magical play that honed in on the life of a pirate and what it takes to be both a leader and a fellow member of the crew. We saw the disruption of power relations and the importance of community. The reflective tone commented on human agency and the fine line between past and future, a conflict which can often destabilise the present moment.

Why do you let the wounds of your past interfere with our bond?

Father Christmas Prison Visiting was written by Chris. His family members were present on the day to receive a gold award from chief executive of Koestler Arts Sally Taylor.

As the title suggests, the play was set in a prison and was very much centred around family. The piece featured a rather humorous engagement between Father Christmas and the frustrating prison bookings line. Finally, under the name of Chris Crinkle, he is able to access the prisons for which he is approved. Upon entry, there was a bit of slapstick between him and the guard as his presents are seen as contraband.

After a failed attempt at flying a drone attached with a sack of presents over the prison gates, he consults Scrooge, a rather strict prison guard who is fond of humbugs. At the end of this modern adaptation of Charles Dicken's A Christmas Carol, the prisoners receive hand-made gifts from their children.

The parody of stock types observes the boundaries between imagination and reality; often in art we use real, lived experience as a foundation to our creative pursuits. Chris is no different in this respect. He colours the bleak prison backdrop with humour. The light-hearted comedy had a serious undertone in its humanising of people in prison who are not labelled as miscreants by Father Christmas; instead they are recognised as 'dads, sons, brothers and uncles,' no different from you or me. It also speaks to the reality of loneliness within prisons due to separation from family, friends and loved ones, which can no doubt be especially difficult during the festive period.

Everyone makes mistakes but that doesn't mean that they don't deserve a present.

The last piece in the showcase was written by Stuart, who won the Platinum award. Structurally, The Crompton Wellbourn Deception is interesting because the piece distorts time, ending with a dramatic twist. In a self-conscious metatheatrical fashion, it emerges that the plot to rob a bank was actually a renactment of a 1958 scandal at a historical pageant.

One member of the gang tragically gets shot at the end. It is revealed that the gun in the 'play' was in fact loaded, and this clever change of circumstance adds an enigmatic thrilleresque quality to the dramatic narrative.

We're down to rob Brindley's Bank. 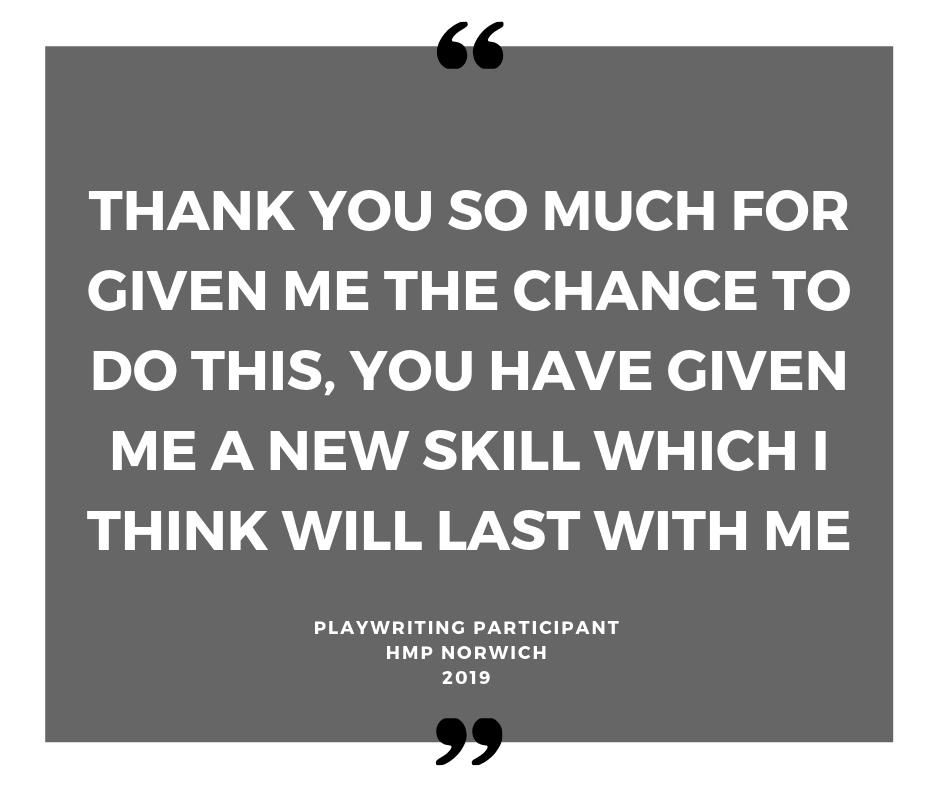 -Above: Feedback from playwriting courses that Synergy have run in prisons

Throughout the reading, the use of chairs on a bare stage was particularly evocative as each movement represented a swift transition, navigating between the three pieces and effectively knotting them together. In The Albatross, the chairs were either side of the stage. In Father Christmas Prison Visiting, they were set up in units of two. Followed by the final production of The Crompton Wellbourn Deception, where the chairs were lined up together before they were moved to one side. The coming together of the chairs at the end of the final piece encapsulates a sense of closeness that is quickly disrupted by the act of shoving the seats to one side. This could perhaps symbolise Synergy's radical approach to theatre-making and their attempts to dismantle and even metamorphose our public stages. Such a visually arresting display of theatrical motion brought to the surface Artistic Director of Synergy Theatre Esther Baker's opening words.

Esther spoke about how this new-writing connects people in prison with the outside community. In doing so, this transforms theatre spaces, adding new voices to the conversation and thus bringing diversity and inclusion to the forefront of our stages. This is why the theatre-making of Synergy is important because it encourages more art from different communities and cultures to be put on public stages. Shining a mainstream light on prisoner's stories will in turn help challenge the general public's perceptions towards those who have gone through the criminal justice system. This position is in line with our work at The Exceptionals. We advocate for diversity and inclusion within all settings and sectors. Please do click here to read our previous interview with Esther.

At the close of the showcase, Sally informed us that these pieces premiered at HMP Littlehey. One of the prisoners said that it was the best day he's had in three and a half years. This performance piece has inspired many others to get involved in the arts.

Many people who get involved in Synergy go onto work within the theatre industry. Please click here to read about Michael's work placement at the National Theatre and his journey with Synergy. .

We look forward to next year's showcase!