The more I researched, interviewed and listened to a variety of serving prisoners and ex-offenders- people whose lives, for whatever reason, had been so impacted by their descent into criminality- the more I recognised that work can be a key component to rehabilitation. It can restore a sense of pride and self-worth as well as providing that all important income and sense of stability.

And, as employers like Timpson have discovered, the benefits to offering this second chance to offenders genuinely outweigh the risks. Many are former career criminals and not all are a success, but those I met who really wanted to change their lives told me how much it meant to have this opportunity to turn away from a criminal path.

In September, we attended the UK premiere of 'A Second Chance' at Picturehouse Central. The 90-minute feature documentary was directed by Rex Bloomstein in collaboration with the Timpson Group. 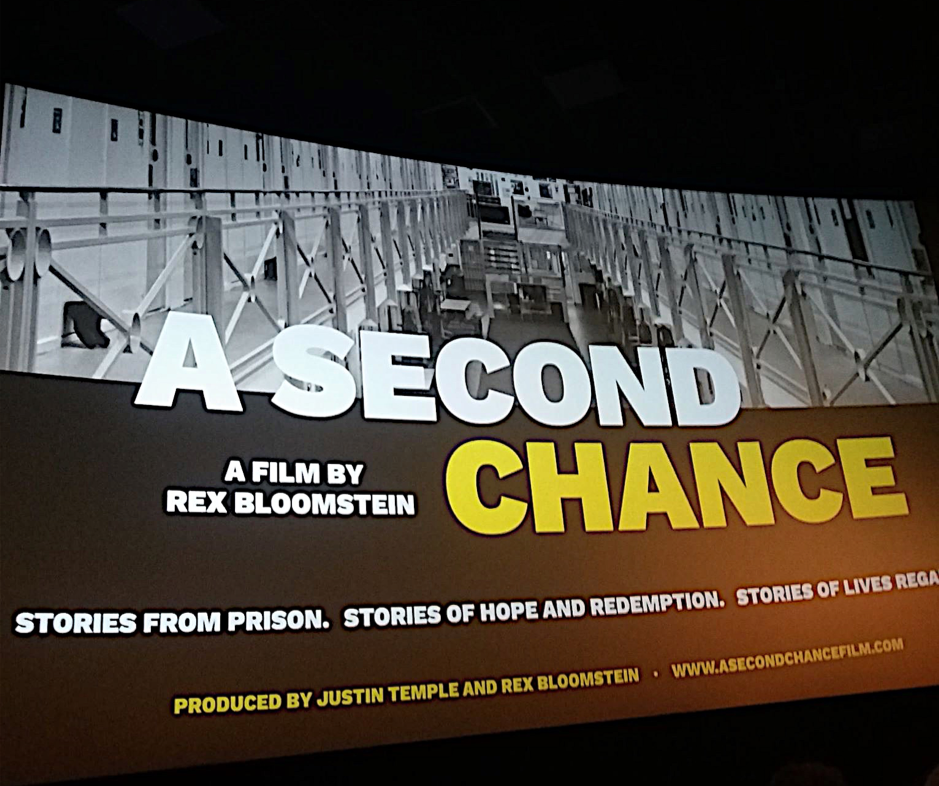 These are the facts. What is the alternative? According to the Timpson Group, it's work.

This film is not about the bleakness of the prison system. It inspires us to give way to our outmoded notions of punishment and to embrace rehabilitative efforts. It is about hope, courage, forgiveness and the importance of employment.

The documentary follows the lives of Tracy, David, Gillian, Anthony, Anne-Marie and Jack. 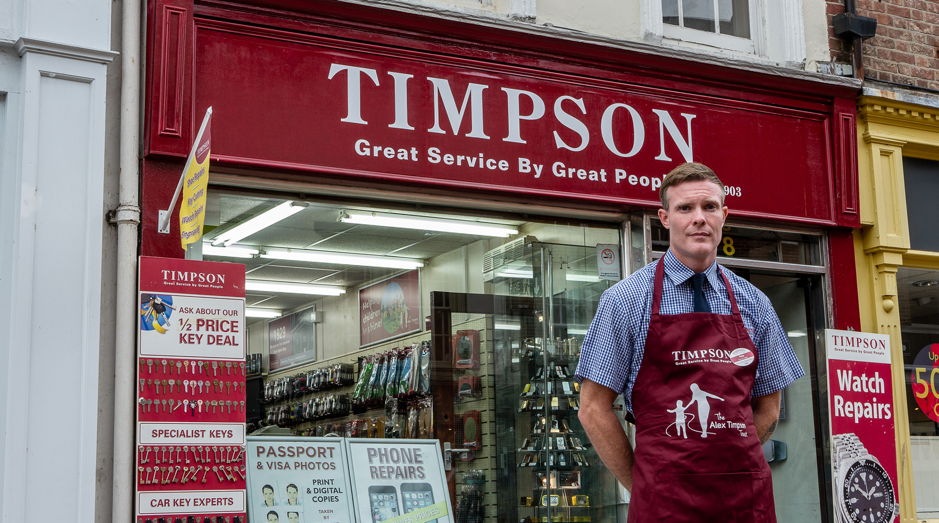 For James Timpson, prison is the starting point for the road to recovery. Within prison settings, he has worked on developing training academies. These are mock-retail stores, where selected candidates can specialise in shoe repairs, key cutting and engraving, as well as photo processing through its subsidiary, Max Spielmann.

As an employer, he started small with 10 members of staff, building up to 50 and now Timpson currently employs over 600 ex-offenders. James highlighted how the engagement with the prison system gets under your skin and this ambition has fuelled his passion to aim to hire 10% of his employees from criminal justice environments.

As the business was growing, there was an economic need to recruit and retain staff. It is not ordinary for people to leave school in order to go into shoe repairing, often donned as an old-fashioned trade. Going into the prison system meant that they could access a new talent pool. James explained how he endured any negative media influence in the beginning. Press opinions are so changeful and now, following on from Timpson's leadership in this field, there is a slight movement toward embracing rehabilitative efforts. James encourages good communication and the promotion of the positives of hiring ex-offenders to the general public.

Over the years, Timpson has employed 1500 serving and ex-prisoners. Only 4 colleagues have gone back to prison. The result speaks for itself.

People are more loyal than people on the street. There is lots of room for progression as they don't want to screw it up.

For the individuals in the film, it was clear to see that work is a means of structure and normality that they might not otherwise have be able to access. This is a normality that they are profoundly grateful for, a stark contrast to a rather chaotic past.

So what happens on release?

Well, the trained and experienced colleagues will progress onto a 16-week trial period. Like any other employee, their performance will be monitored by the store manager with regular assessments, where they have the ability to work on different areas and develop within the company. If they successfully pass, they will start full-time sustainable employment on the standard living wage of £310 per week. Timpson are a company that actively looks after the welfare of their employees, operating a 15% bonus system if targets are reached and additional holiday for colleagues who are getting married. This sets ex-offenders up for a good balance between home and work. Timpson also support candidates on ROTL and will offer continued employment on release, investing in its workforce at every point of contact.

It would be silly to brush over the negatives. All employment presents risk. Of course, there were knockbacks along the way. Internally, colleagues may complain or externally customers and the media may complain. James recalls how he has received a letter from a customer praising their excellent customer service in a shop run by an ex-offender. It's about rolling with the punches.

Another concern is finding good people. The day of a prison visit, Greggs got there first and snapped up the cream of crop. These days, many employers are competing for the best talent in prisons! You've got to be quick to recruit those star employees!

James kept us up-to-date with where the employees in the film were now.

David was working in one of their Timpson stores on ROTL. During the film he mentioned how without a job, there is a temptation to go back to old ways because of the sheer struggle of finding a job that pays what people used to earn whilst engaging in criminality. For him, Timpson was a stepping stone and he has used his entrepreneurial spirit to open up a yoga studio with his partner.

We followed Tracey in the Max Spielmann training academy up until her release. She is now managing a Max Spielmann shop in Halifax. 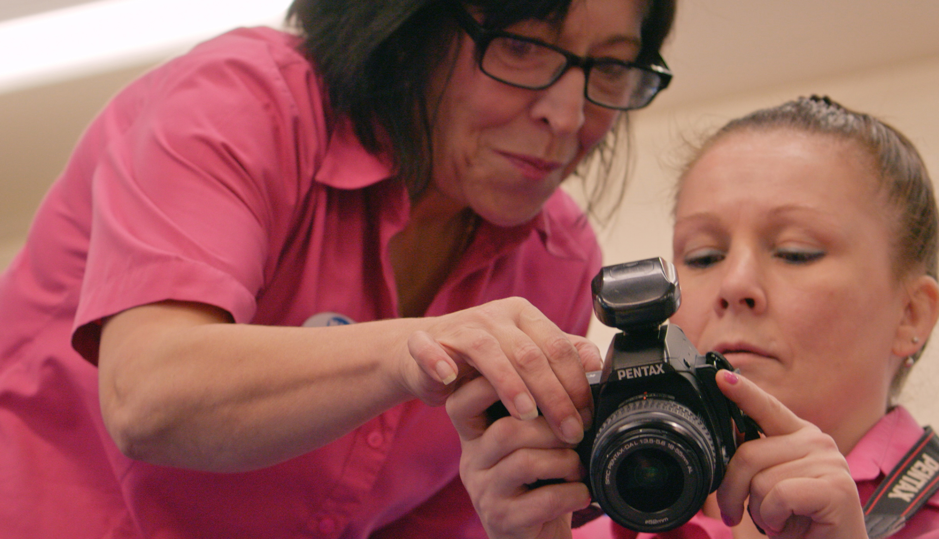 James praised Anne-Marie as one of the most successful Max Spielmann managers. Rex noted the sadness in her eyes due to separation from her children. She hopes one day to reunite with her family.

Antony had a difficult childhood growing up and was engaged in criminality since he was five years old. Timpson meant so much to him. He has now just got engaged and enjoys going to car boot sales outside of work.

Before going to prison, Jack just finished his degree at university. He was unemployed after achieving this milestone and needed money, which led him to criminal activity. In the film, he asks 'why shouldn't I be given a second chance?' This is how Rex titled his documentary. James did express that Jack is challenging to manage at times, but emphasised that he is still young and will eventually mature with time.

Gillian is a Max Spielmann manager at Meadowhall shopping centre. Unfortunately, she fell down the stairs and has been off for about 9 months. She is due for a phase return and they are hoping that this incident won't set her back.

The film is a series of encounters and give the space to tell these stories. Timpson hopes to take the film to as many prisons as possible to show people on the inside that they can get a job and have a second chance. They hope that, by sharing with relevant parties, they will inspire changes to government legislation that will persuade more employers to take on the long-term unemployed.

James and his team provide consultancy services to other businesses, helping to manage risk and set up processes. So far, employing from marginalised groups works well for the retail and recycling industries, but there is so much more than can be done across all sectors. Even if it's a simple thing like removing a criminal record tick box on online applications where appropriate. It all makes a difference.

In the Q and A session, Rex recalled how at the time of making 'Strangeways' in 1980, the prison population was 40,000 and now it has increased to 85,000. As an employer, you absolutely cannot dismiss such a significant group of great people equipped with valuable skills.

My hope is that A Second Chance will do as our title suggests, become a catalyst for breaking down preconceptions, challenging stereotypes and opening the eyes of the public, employers and the prison system itself to the importance of work as a key to tackling the profound problem of re-offending.

If you are an employer who is interested in taking the leap and looking to support ex-offenders, please do attend one of the screenings on offer up and down the country. For details click here. 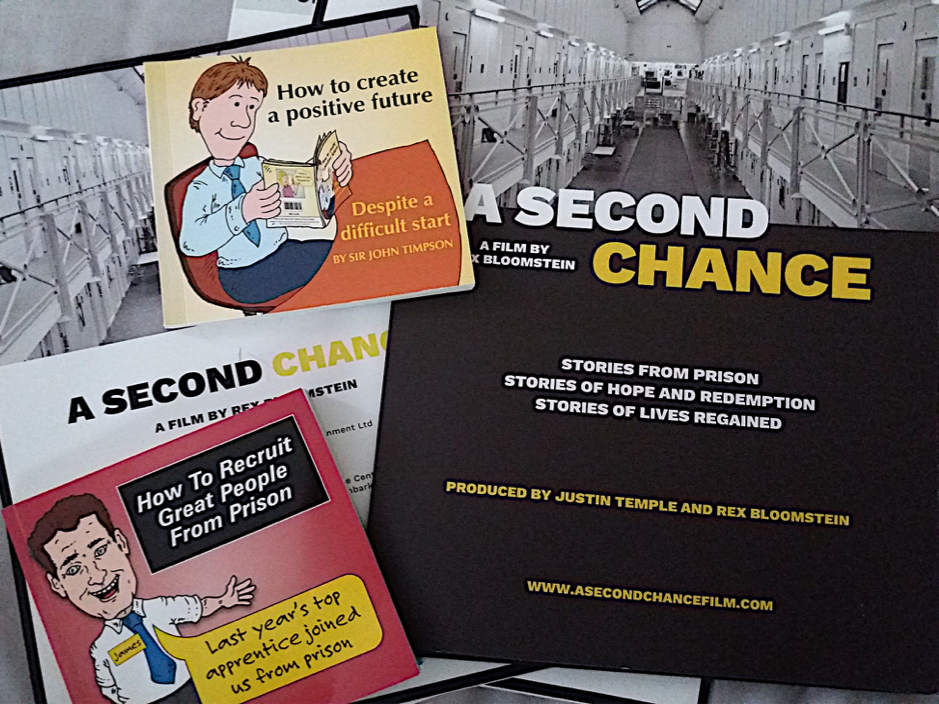