Bristol is a place where the opportunities to share in the city's success are not evenly distributed and barriers exist that prevent some from fulfilling their potential. Our aim is to remove one of those barriers and send a message that we're interested in getting to know the person applying for the job first and begin our conversation there.

This week the news broke that Bristol City Council will be the first local authority in the UK to join the Ban The Box campaign. The campaign, led by Business in the Community in the UK, aims to remove the barriers that ex-offenders often face when searching for employment. 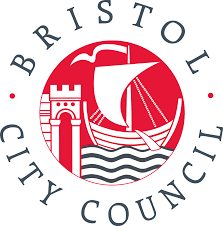 Ban the Box calls on employers to remove the tick box asking about criminal convictions from applications forms, and to ask about convictions only when necessary at a later stage of the recruitment process.

This gives a chance for individuals to be fairly assessed based on their application and interview before disclosing information about their criminal record. It means that employers are much more likely to see the individual on their merits, recognising when they will make a valued member of the team. The vast majority of convictions will not be relevant to the role or risk to the employer, and this approach means the employer is less likely to rule someone out simply because they have a criminal conviction.

Ex-offenders who get a job are between 33 and 50% less likely to reoffend than those who don't and as some of the largest employers in their communities, councils are in a prime position to reduce reoffending through offering employment. As well as enabling individuals to turn their lives around, what Bristol Council is doing represents a positive, proactive approach to reducing crime in the city. We hope to see more councils and more businesses signing up to the Ban the Box.

After following the international campaign, Bristol's Mayor Marvin Rees was keen to adopt it in the city. Councillor Kye Dudd and the HR committee worked to figure out how the council could, in practice, Ban the Box. Working closely with BITC throughout the past year, Bristol City Council decided that by no longer asking about unspent criminal convictions on their application forms, they will be able to open their doors to a much more diverse workforce.

We're taking this step because we want to be an employer that encourages and provides opportunities for people of all backgrounds. There's also a benefit for us in that we're unblocking a barrier that will ensure we're making the most of Bristol's deep talent pool.

For the team from BITC, working with a Mayor and head of HR who were already supportive of the agenda made the process easier. Their experience of helping companies to Ban the Box, meant BITC was able to advise the council about how to update their recruitment processes whilst ensuring they were not exposing themselves to unnecessary risks.

For all roles where Disclosure and Barring Service (DBS) checks are not required, the council now only asks about criminal convictions once they are sure that they would like to employ a candidate, at the conditional offer stage. By using disclosure checks on a case-by-case basis, candidates will only be ruled out in the unlikely case that they are seen to pose a risk within a specific role. In essence, the age-old blanket rejection process for any applicants with a criminal conviction will be avoided, with candidates instead being judged on their ability to fulfill the given role.

Bristol City Council are not alone in their efforts. More than 95 employers have signed up to the Ban the Box campaign, including Boots, the Southbank Centre and the entire Civil Service. For many, it is refreshing to hear the issue being brought into the public realm. This enables employers to recognise that they can help, firstly by updating their recruitment processes to open their doors, and secondly by encouraging ex-offenders to apply and become valued members of the workforce. 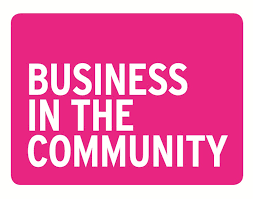 “We want to show others that this approach does not open the organisation to greater risk. Instead it increases an employer's ability to recruit the right person for the right job whilst still ensuring the right and proper checks are in place."

Bristol City Council also recognises how the campaign will benefit them as an organisation. In an era of severe skills shortages in a variety of industries, by considering candidates with criminal records, employers are able to access more prospective employees and widen their talent pool. In doing this, they are not only helping to give people another chance, but they are welcoming ex-offenders into the team and recognising how diversity and inclusivity is a benefit to us all.