This year marks the 40th anniversary of Clean Break's founding. The award-winning company is dedicated to challenging preconceptions by creating revolutionary theatre productions that drive positive change for the lives of women with criminal justice experience.

It was set up in 1979 by Jenny Hicks and Jacqueline Holborough upon release from prison. The only women's theatre company of its kind, Clean Break are dedicated to sharing the stories of imprisoned women to a wider audience. The company received a Tonic Award in 2018 for its commitment to changing women's lives through theatre and the production of high-quality new writing.

Theatre education is about breaking down barriers, building self-confidence and giving women self-belief.

Clean Break provides crucial theatre-based education and training in prisons and also in their women-only building in Kentish Town, fostering a welcoming rehabilitative community. These training programmes develop professional and creative skills that are vital to helping vulnerable women go onto further education or employment opportunities. Their outreach is incredibly impressive: 70% of alumni currently progress to further studies, employment or long-term volunteering roles.

It was a breath of fresh air; it took me out of here and helped me to imagine something better. 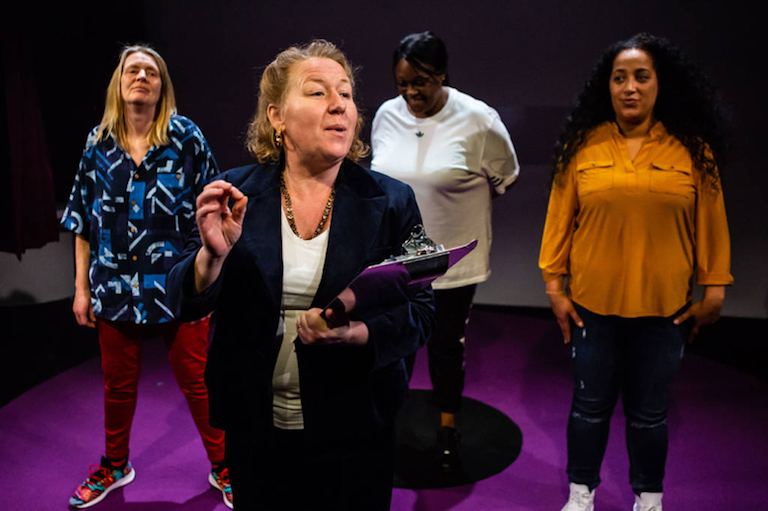 We went to see Inside Bitch, the first production of Clean Break's 40th Anniversary Programme. This is a Clean Break and Royal Court Theatre co-production. It challenges the portrayal of women in prison, commenting on the disparity between media images in film and television and the reality of women who have gone through the criminal justice system. The piece was conceived by playwright Stacey Gregg and live artist Deborah Pearson. 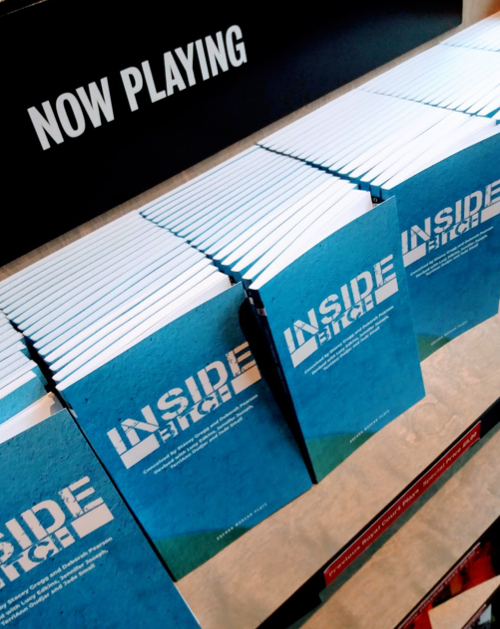 Clean Break ensemble performers Lucy Edkins, Jennifer Joseph, TerriAnn Oudjar and Jade Small pitch a new television series, using their own experiences of the prison system. A stand-out moment was during the interactive buzzer game onstage. The characters emphasised how difficult the CV process can be when applying for jobs, especially when filling out application forms with a tick box to indicate a past criminal conviction. A criminal record is a fact of existence. The play shows that this should not be a barrier to a better future for ex-offenders as they move on as a person. 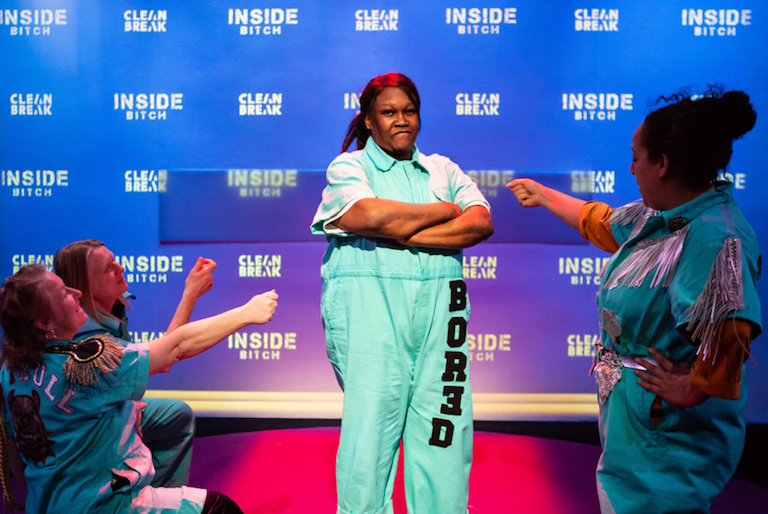 When will I stop paying for my convictions? Been an original cast member of the Donmar Warehouse Shakespeare Trilogy 2012 to 2016. With my convictions spent I was still not allowed to enter into America when all three shows were transferred. It would also have been an outreach opportunity to visit their prisons and show that there is hope after prison but I couldn't because, ironically, I am still being punished for my own conviction. When will my punishment end?

We have written about the Ban The Box Campaign on our blog. It calls for employers to remove this tick box and to ask about convictions only when necessary at a later stage of the recruitment process. Currently, over 100 employers have banned the box, covering more than 757,000 roles. This means that candidates will be judged on their skills and experience first, rather than their past. Ban The Box highlights what is possible to employers and counteracts many of the misconceptions they may hold about the criminal justice sector. This ties in with one of the play's central themes, which Deborah Pearson flags in the playtext for Inside Bitch: "and as an audience we can better understand just how insufficient it really is to view anyone through the prism of their past." 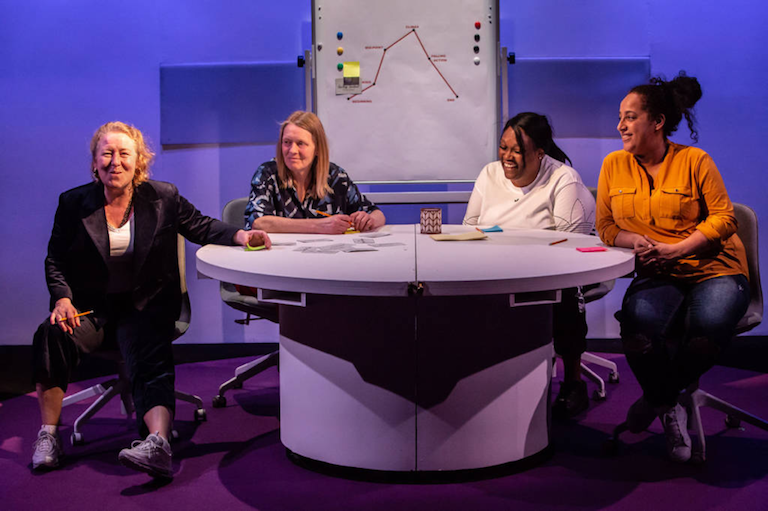 Pearson goes on to recall the rehearsal process and how the women discussed what the most important question of the show was for them. TerriAnn asked "Can a leopard change their spots?" Inside Bitch demonstrates the transformative power of theatre but also that vulnerable people, often equipped with exceptional skills, can change when they are given a second chance. A leopard can change their spots.

Forty years ago two incredible women in prison set up Clean Break, believing theatre could bring the hidden stories of women to a wider audience. Over the last four decades, the company has remained true to this vision, changing women's lives by providing opportunities, provoking conversation, and creating theatre of the highest calibre with the leading women theatre artists of the day. We are immensely proud to lead the company into its next chapter with a programme to launch our tenure that celebrates our legacy and signals a bold new future, with invaluable new relationships being forged and our Members at the heart of everything we do. 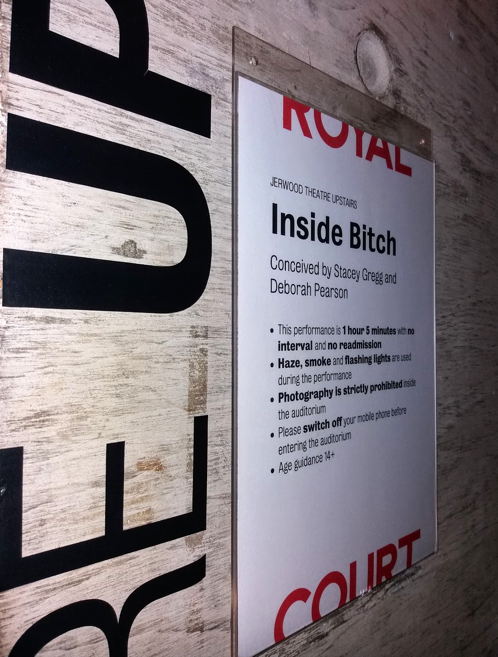 Have a read of Lucy Edkin's blog here as she shares her experience working on the show.

Further spring season highlights to look forward to include: SweatBox (Chichester Festival Theatre at 12th-15thJune 2019) and the launch of Clean Break Rebel Voices (an anthology of forty monologues from Clean Break's cannon of plays and writing over forty years). 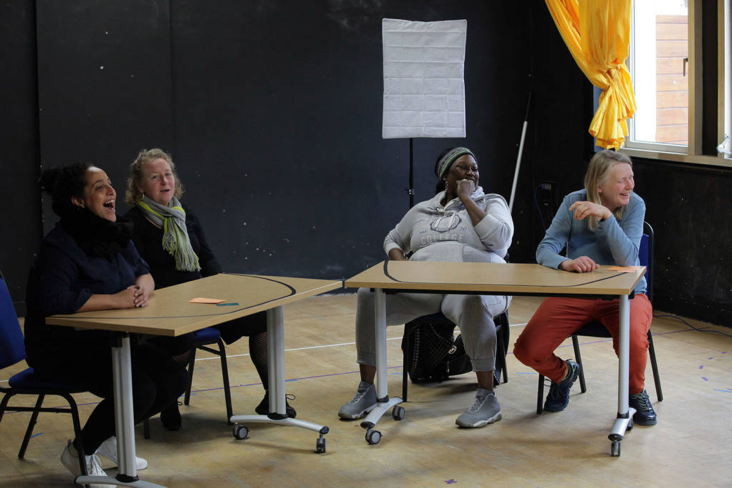