Every year the Koestler Trust runs its renowned Koestler Awards, embarking on the huge tasks of awarding and giving feedback to over 3,000 people that submit work across a variety of categories, such as fine art, writing, film and animation, for example. In total there are around 50. The Awards culminate in their Exhibition at the Royal Festival Hall.

This year the exhibition, 'I'm Still Here', centred on giving a voice to a group that is often forgotten about in the criminal justice system, the family members of those in custody, by asking nine people who have had family members serve a prison sentence to curate the exhibition. 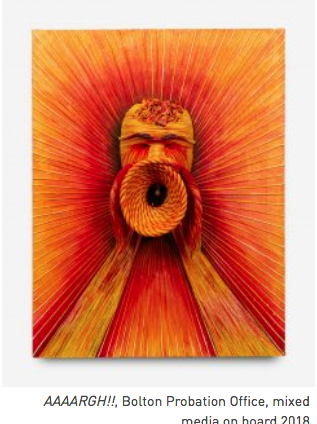 The pieces that were selected on the basis of how they reflected and explored the experience of the curators, and how the fact that their family member was serving a prison sentence affected them. Koestler said the curators were overwhelmingly female, and included mothers, wives, sisters, friends, and nieces and a nephew, of those who had served prison sentences. 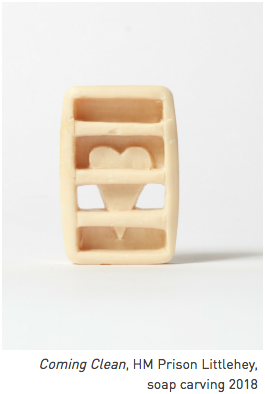 What is most striking about the exhibition is the endeavour that the artists have shown. Prison, by its nature, is a restrictive environment, but all the artists managed to find not only the motivation in difficult circumstances, but also the materials with which to create unique, and exciting art. For example, one particular piece involved a couple who were serving simultaneous prison sentences in different establishments, collaborating to create a papier-mâché sculpture of two hands intertwined, a beautiful symbol of not only the pain of separation, but the willpower that people must have to survive such an experience. 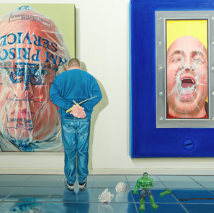 One artist had carved sculptures out of soap, others had created matchbox models, and many had written prose and poetry to detail their experiences. There is a range of paintings that were not only beautiful, but again exhibited the strength of will of the artists who have created these works despite their circumstances.

The exhibition really is a great example of the potential that is not only literally locked away, but also often psychologically locked out from making a valuable contribution to society upon release.

'I'm Still Here' runs until the 4th of November in the Exhibition Space, Level 1, at the Royal Festival Hall.