The Power of Writing: Inside Time

Eleanor De, about 4 years ago

Inside Time is the UK's first national newspaper for prisoners and detainees. It was launched in 1990 in the wake of the Strangeways riots as a way of giving prisoners their own voice and it gained instant credibility after it was banned by the governor of HMP Lincoln.

A second attempt to establish the paper was made by Eric McGraw, the then-director of the New Bridge Foundation, a charity that creates links between prisoners and the community. He was acting on a recommendation of Lord Woolf's riot inquiry that recognised the need for an avenue through which inmate could voice their concerns. As a result of its origins, Inside Time is committed to neutrality and authenticity and, as such, the majority of its content is created by prisoners themselves. As previous content has demonstrated, Inside Time embraces controversial topics and publishes contentious articles which frequently challenge perceived flaws within the criminal justice system: HMP Garth inmate Peter Howell wrote a scathing poem about former Justice Secretary, Chris Grayling, entitled Mr Grizzly Grayling.

“It can be difficult getting information, but when you read that someone is having the same problem as you, it creates a sense of solidarity"- Paul Sullivan, reader and contributor.

Providing prisoners with a voice is crucial building their own sense of identity, to provide them with a way to channel frustration and to build critical thinking and analytical skills. All prisoners are invited to contribute, regardless of their sentence and the topics are varied. Inside Time initially began with 12 pages and is now a fully-fledged newspaper in colour print with a print run of 60,000 and its own website. Inside Time also publishes Inside Information, a comprehensive guide to prisons and prison related services, an annual collection of verse called Inside Poetry and Inside Justice, a publication funded by charitable donations that investigates potential miscarriages of justice. 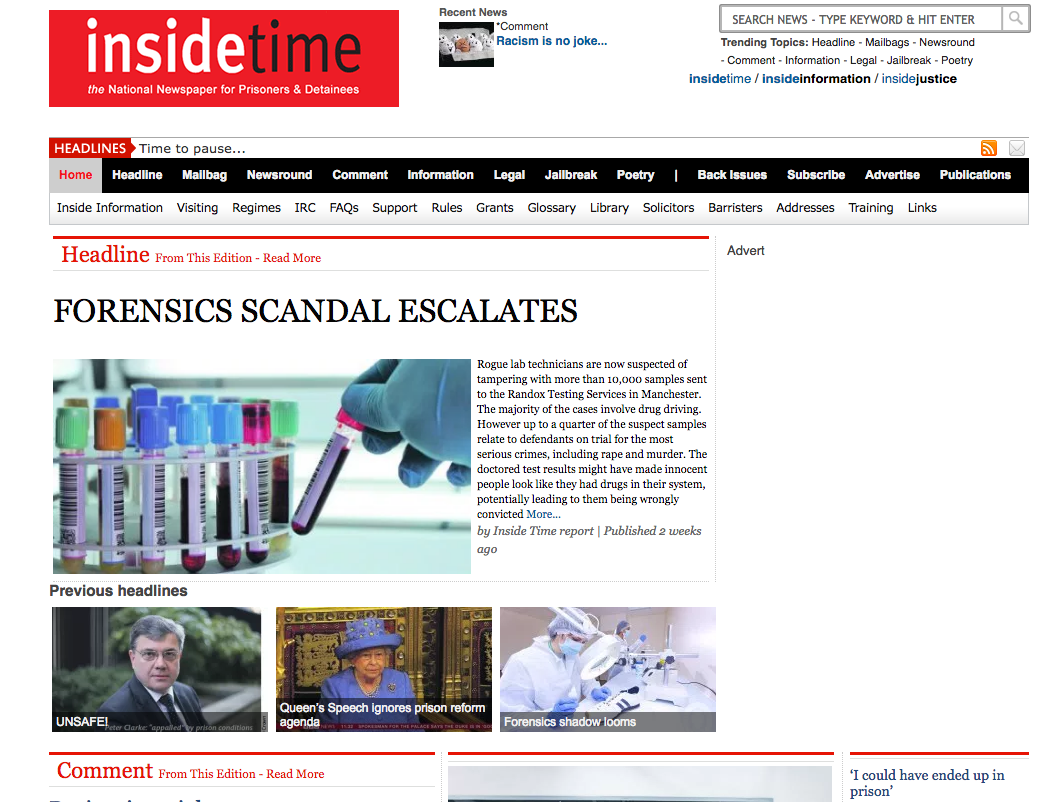 A number of prisoners have been able to make a successful career out of writing. Noel 'Razor' Smith was serving time for armed robbery when he fine-tuned his poetry skills and managed to become a published author whilst in prison. Since his release in 2010, he has been a firm advocate of prison education and explained that “as I gained more confidence through reading I also grew more confident in my opinions, and I was able to articulate myself more effectively, both inside and outside of prison".

Today Inside Time is produced by a team in Southhampton and campaigns for better conditions for prisoners and their visitors. In 2015, Erwin James was appointed as Editor. Erwin served 20 years in prison himself and has had a very successful career since his release, writing for publications including Radio Times, The New Humanist, The Daily Mirror and working as a columnist for The Guardian. He explains the value of a creative news outlet such as Inside Time:

“As a life prisoner in the 1990s, I remember well the introduction of Inside Time into prisons. For the first time ever it not only gave prisoners a voice but also an invaluable source of reliable information about prison issues…Over the years I was an occasional contributor: I was in prison, but I was free to think and free to write". 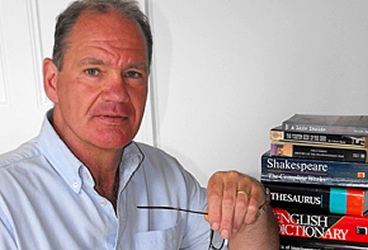