Gareth Evans, about 5 years ago

RAPt (Rehabilitation for Addicted Prisoners Trust) was an organisation to support those with addiction issues in prison. Many people find themselves in prison as the result of a long string of bad choices and dependency issues. Their sentences are often the culmination of problems- a symptom rather than the entirety of their story.

The organisation has recently been rebranded to include Blue Sky under the flag of The Forward Trust. The new amalgamation must be working- following their award in HR Excellence. But on their own merits and the 25 years of prison work experiences, the programs run in prison are estimated to save £6.3m for every 100 prisoners who complete their program and cut reoffending in their graduates by around a fifth.

The numbers speak to a success that is hard to ignore. What this also shows is there are ways in which people can and do turn their lives around. The financial benefits and the impact on people who would otherwise be future victims of people in the throes of addiction, are incalculable. But what is the program? What does it do? The support offered varies from help accessing employment opportunities, to work with families affected, to in-prison drug and alcohol services. This are all outlined in the 'Introducing the Forward Trust' report, accessible here. 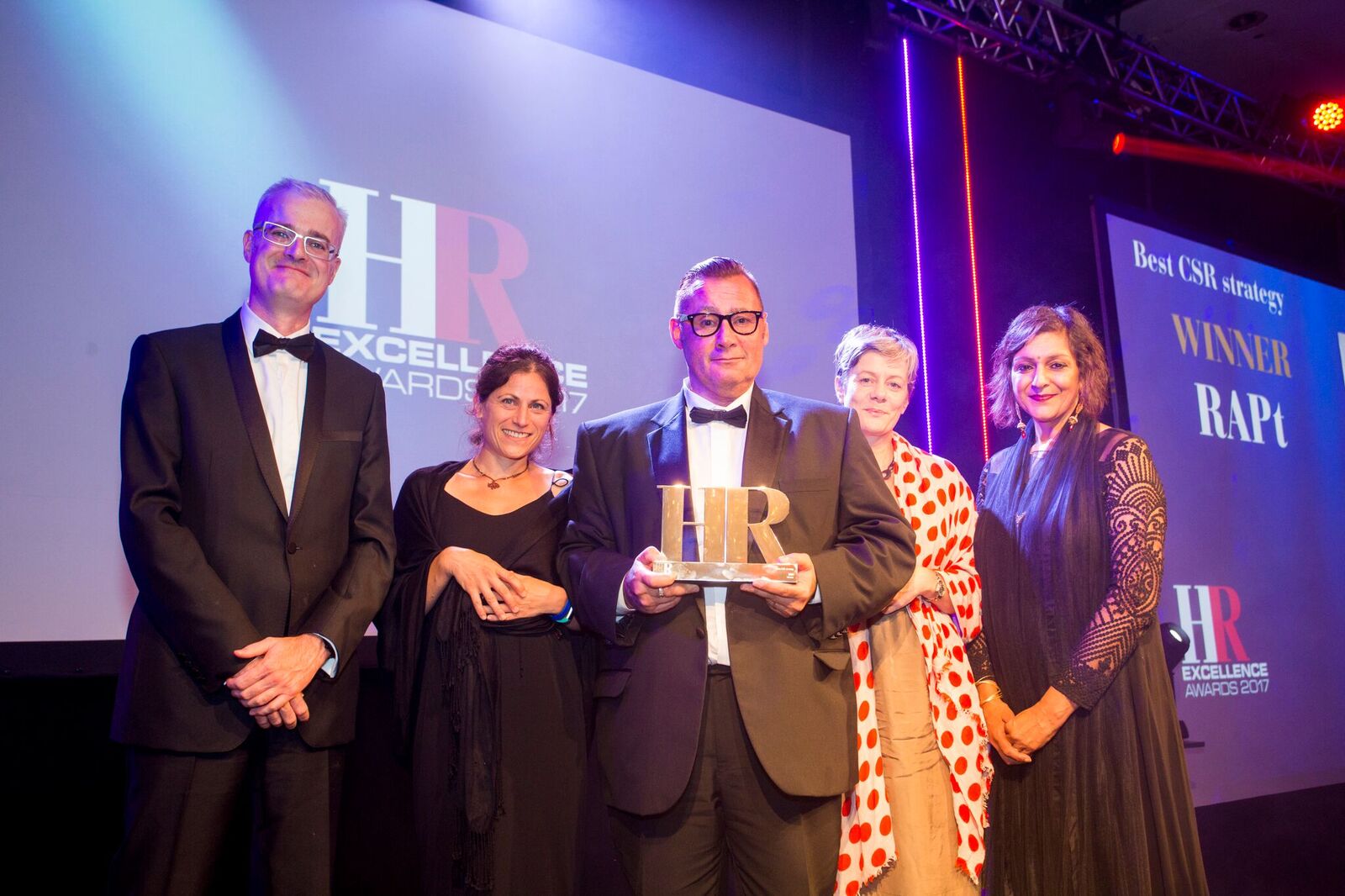 Here is a short testimonial from a service-user which explains the feelings of empowerment, ownership and pride that the RAPt program and its apprenticeship scheme affords participants:

"I had my last drink in 1995 and I've been sober ever since. I had to learn to live my life from scratch, but gradually things started to get better. I heard about the opportunity to volunteer with The Forward Trust (then known as RAPt). I got in touch, was offered a place and completed a six month placement at HMP Coldingley. When I found out about the Forward Apprentice scheme, it seemed like the ideal next step. My role as a Drug and Alcohol Practitioner Apprentice involved a huge variety of things: from admin to working with clients. I also went to college as part of the scheme, gaining NVQ Levels 2 and 3 in Counselling - not bad for someone who struggled at school! I needed a bit of extra support but Forward were great and made sure that I got the help I needed.

My favourite thing was working with challenging clients and seeing the difference in them, as well as learning new skills. I'd never used a computer before I started, but soon learnt to use one to write reports. My confidence grew so much, as well as my skills, so when a job as an Alcohol Worker in the same team came up, I decided to go for it and got it. To be given a chance like this is an honour and I'm eternally grateful. Forward had faith in me - with no experience- and that feeling is priceless. It's wonderful to be able to tell my kids about what I'm doing - they're so proud of me. My wife tells me I'm a different man, and I feel like one too - someone who can't wait to go to work on Mondays" - Gary, Former RAPt Apprentice.

The Forward Trust provide an apprenticeship scheme to those who have previously struggled with addiction issues, which quite often results in a poor work record. The organisation do not simply coach people to give up dependencies, they continue to provide support for people moving into new ways of living. People can genuinely grow and strengthen with assistance such as that provided by, and for, the likes of Gary.