In February, The Corbett Network presented its annual Robin Corbett Awards at the House of Lords (have a read of our previous coverage of the 2017 and 2018 awards on our blog). The Corbett Network is a coalition of 54 decision-makers of major charities and organisations who support ex-prisoners into sustainable employment.

The Award is an important part of the creation of high quality rehabilitative opportunities for prisoners. Small scale, local projects provide a vital gateway back to normal, daily life, and help prisoners to resist further offending.

The Robin Corbett Award funds £10,000 each year to three charities who do the most to support ex-offenders. The Award is sponsored by Chrysalis Foundation and the Worshipful Company of Weavers. It was set up in celebration of late Lord Robin Corbett's parliamentary work as former Chairman of the Home Affairs Committee and the All Party Parliamentary Penal Affairs Group. The first award was presented in 2013 at the House of Commons and demonstrates Lord Corbett's commitment to rehabilitation, education and employment. The Prison Reform Trust, a registered charity with which Robin had closely worked with, administer the Award. 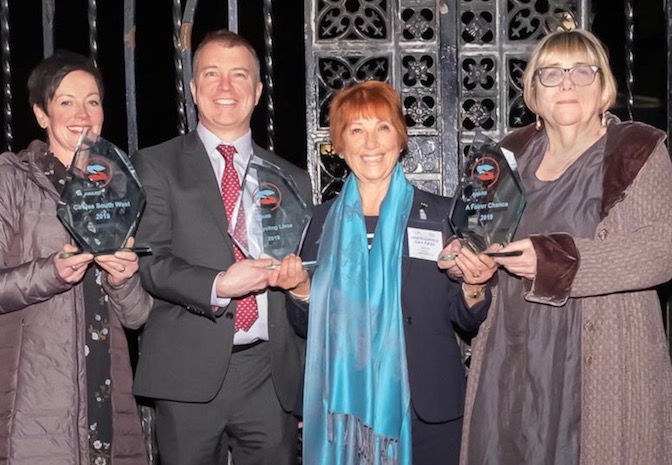 It is always fantastic to win any award. To receive the Robin Corbett Award is particularly special as we are being recognised by experts in the prison field. Our team deserve all the credit as they leave no stone unturned to help the people we work with. However, the real winners are those men and women who have turned their lives around. I couldn't be prouder of them. 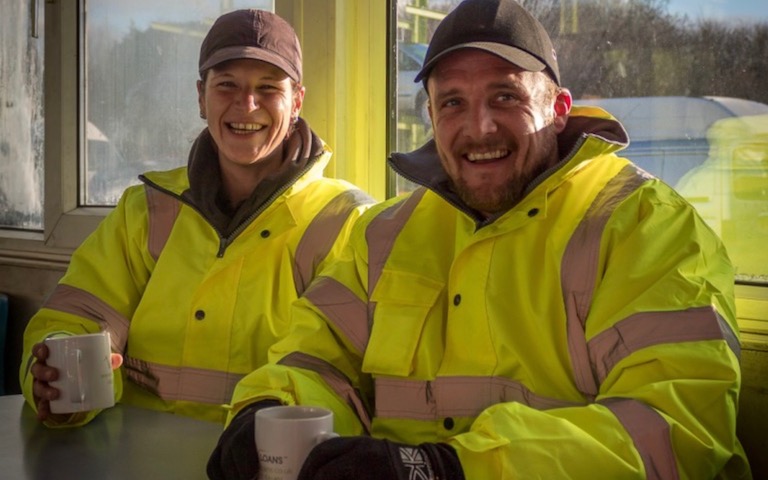 Recycling Lives is a charity which equips prisoners with skills and qualifications in recycling or fabrication to help them secure meaningful employment and housing on release (we have featured Recycling Lives and Ian's story on our blog previously). Their HMP Academies programme works across 11 prisons and supports up to 250 men and women. The programme has outstanding results. National figures indicate that around 67% of offenders reoffend while less than 20% move into work on release. In comparison, Recycling Lives shows an excellence in offender rehabilitation as less than 5% of participants reoffend while more than 70% go straight into work upon release. They plan to invest their £5,000 first place prize in the development of mental health and wellbeing support services to directly benefit the individuals they work with.

We feel honoured to be the Highly Commended winner of the Robin Corbett Award, and it is wonderful to have our work connecting women in prison with employers who match their skills and aspiration recognised.

A Fairer Chance is a charity that specialises in helping ex-offenders develop sustainable skills and employment in partnership with employers (we have written two articles featuring A Fairer Chance and their involvement in the The Mind the Gap initiative on our blog). The Highly Commended Award recognises their work in connecting women prisoners with employment tailored to their skills during and after release from HMP Sutton Park in Kent. Their outreach is incredibly impressive. In the past 12 months, they have placed over 200 offenders and NEETs into sustainable employment. Additionally, AFC currently have a 65% retained into employment percentage. They plan to use the prize money to deliver a planned programme of cross-sector events and open days in HMP East Sutton Park and other women's' establishments. AFC hope that the profile that comes from the award will enable the charity to expand their operations and engage with a wider range of private sector employers.

It wonderful to receive a commendation from this prestigious award, and a vindication of the work of our organisation.

Circles South West is an independent charity who provide specialist support for people who have sexually offended in the community. The Award acknowledges CSW's superb work rehabilitating individuals convicted of sexual offences at HMP Leyhill in Gloucestershire by providing Circles of Support and Accountability during and after release. They hope that the raised profile resulting from the Award will impact positively on their future funding, which will enable them to extend this important work in HMP Leyhill and other prisons in the south west. 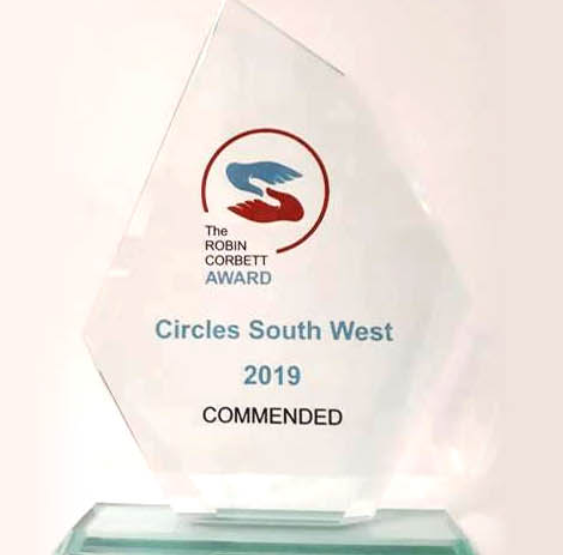 All three charities stand as outstanding examples of how organisations can assist prisoners to help themselves.

At the Awards Ceremony, chairman of the judges Lady Val Corbett announced an exciting new project. The Corbett Network are producing a video to persuade firms to give jobs to people with convictions. Unless ex-offenders are steered in the right direction after release, 60% will re-offend within two years – that figure drops to 19% when they have a job. The video will showcase the ground-breaking work that people in the criminal justice sector are doing to support and help ex-offenders to get their lives back on track after release. It will be launched after Easter. In June, they are also looking forward to presenting their first Employer of the Year Awards at the House of Commons.

This work is part of The Corbett Network's aim to 'engage, empower and employ' and its dedication to transforming the employment of ex-offenders through improved recruitment, effective training and better access to good jobs. Please follow Lady Val Corbett on twitter for future updates.

Stay tuned for an article about the new opening of the Corbett Centre for Prisoner Re-integration later on this week! 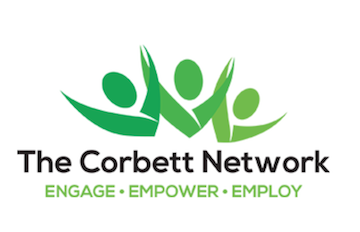