Throughout his long political career, Robin Corbett was passionate about prisoner rehabilitation. For ten years up until his death in 2012, he chaired the All Party Parliamentary Penal Affairs Group. He was also a patron of the Forum on Prisoner Education and the National Association of Ex-Offenders. However, he was not merely a “name on the letterhead", but was actively involved in prisoner rehabilitation; he was personally in contact with several prisoners both during their prison sentence and upon their release.

“All men die, but some men live on" 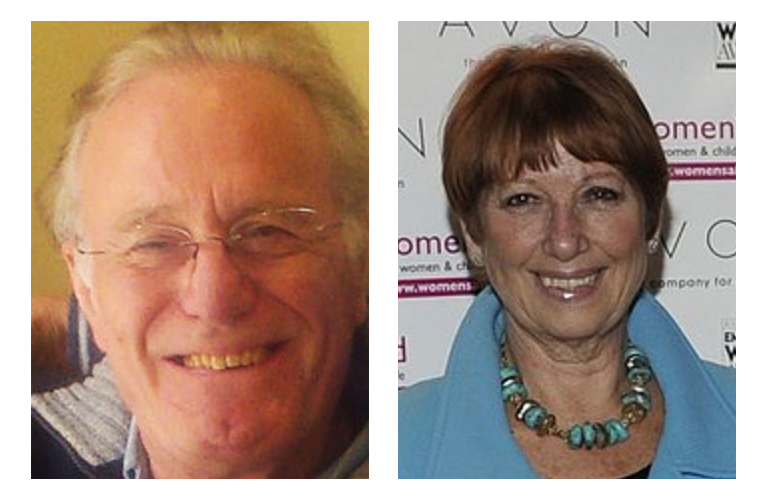 After his death, his wife, Lady Val Corbett, wanted to ensure that his legacy would live on, given how much he had done for so many during his lifetime. She therefore created the Robin Corbett Award for Prisoner Rehabilitation in 2013 in association with the Prison Reform Trust. It is an annual award for outstanding rehabilitative work with prisoners done by a small charity or community group working in partnership with prison staff. It champions work that fosters personal responsibility and encourages people in prison, and ex-offenders, to help themselves and others.

“Robin thought prison shouldn't be about society's revenge but rather a chance to change the direction of a life…After he died in 2012 I wanted this commitment to rehabilitation and education for offenders to have a higher profile." – Lady Val Corbett

“we become one big sea rather than little individual ponds…We need to make people realise that without prisoner rehabilitation, prison cannot and will not ever work."

The recipients are chosen by a judging panel, presided over by Lord Ramsbotham, a former Inspector of Prisons. The panel studies each of the rehabilitation projects before selecting the winners, runners-up and those commended. The awards and cash prizes are then presented in Parliament at a meeting of the All Party Parliamentary Penal Reform Group in the House of Commons. The Worshipful Company of Weavers pay all admin charges which means that 100% of all donations go to the prize money for charities which win the Award each year. 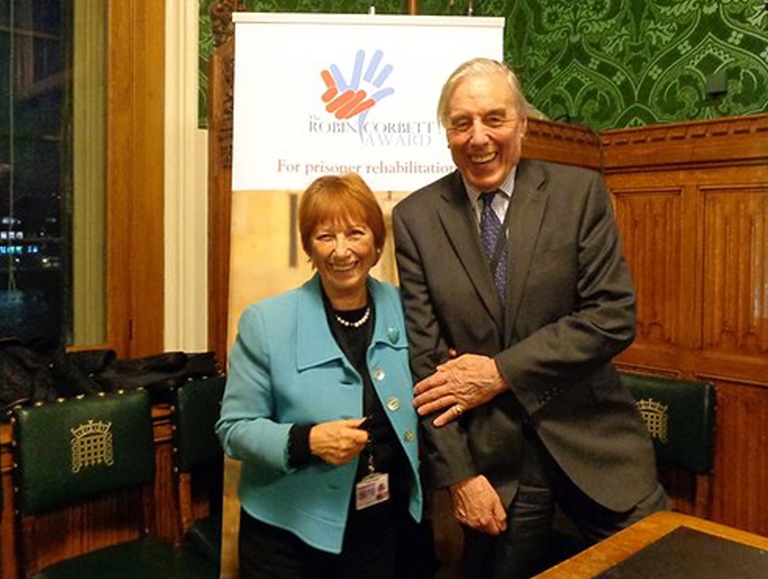 The award allows its recipients not only to receive the necessary funding to continue contributing to the field of prisoner rehabilitation, but it also gives them the opportunity to gain both local and national publicity. For Lady Val, this is an extremely important aspect of winning the award. With a media that is fixated with highlighting the negative aspects of prison life, positive coverage is enormously difficult to receive. Lady Val hopes that it will become one of the premier awards in the UK for prisoner rehabilitation.

“Switchback winning the award has meant that we have had an incredible response on social media and others in the Criminal Justice Sector. A massive THANK YOU to The Prison Reform Trust and the Robin Corbett Award for recognising the value of the work we do and for helping more people to hear about the incredible journey that our trainees decide to embark on." – Alice Dawnay, CEO Switchback, 2016 Winner of The Robin Corbett Award 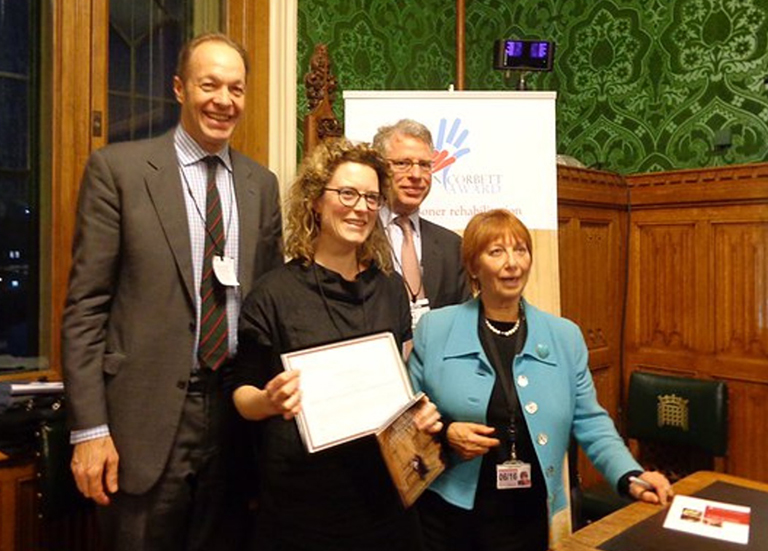 The Robin Corbett Award for Prisoner Rehabilitation is proud to be a Partner with The Exceptionals as both charities believe that prison should not be society's revenge but rather a change to change the direction of a life.

"Education and rehabilitation – for which Robin Corbett campaigned so vigorously during his ten years as Chair of the All-Party Prison Reform Group - are the only way to give offenders the chance of changing their lives." – Cherie Blair QC