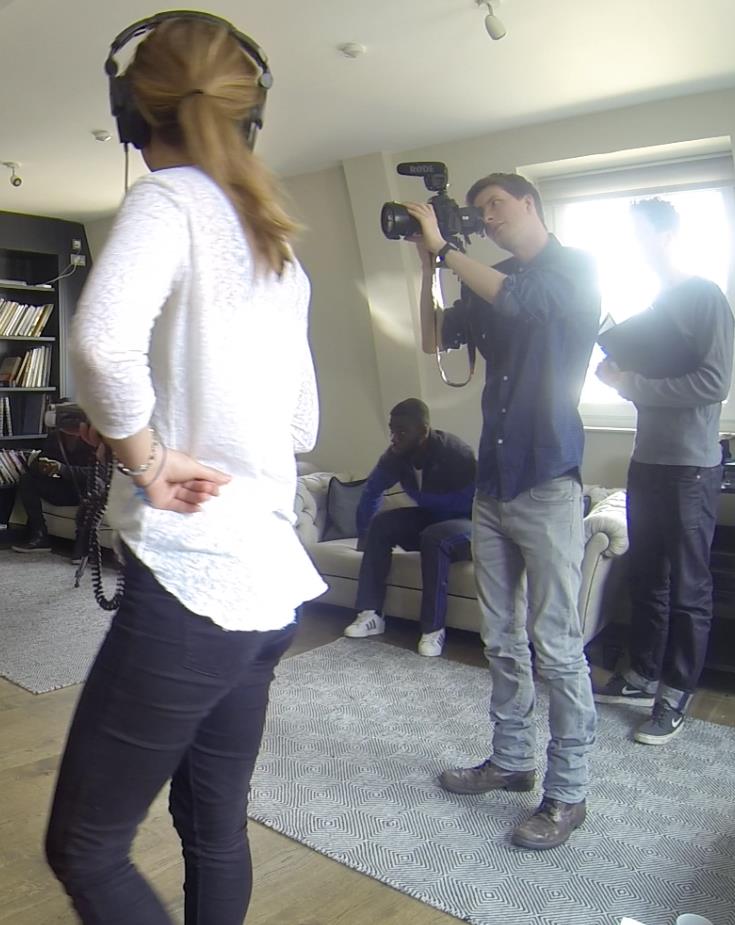 As part of our exploration of the role of the arts in the criminal justice system and the rehabilitation of people with convictions, we spoke to Adam Boome, the Head of Creative at Underworld.tv.

Tell me about the work that you do at Underworld.tv.

The idea of Underworld is that we are working with - and in fact most of the people who are part of Underworld are - ex-offenders. We're developing ideas for television which are to do with anything around crime or the criminal justice system or the black economy. Many of the stories that are told about that world and that group of people are told from the point of view of people who have no experience of that world, from the outside looking in. The whole idea of Underworld is to tell those stories with the people who have been there, so that we get it right. It's very hard for television to access that group of people and what this means is that there are very often factual inaccuracies or they just get it wrong, they don't understand. I believe that if you want to understand a part of society then you have to have those people in that part of society involved in the process.

What is it that makes you want to tell these particular stories?

I think that you can see that the subject matter of crime - which is the biggest genre of fiction and an absolute pillar of factual television - news and current affairs, is fascinating to people. The idea that there are rules that people break is really fundamental and you can see how someone beating up an old lady makes the headlines, whereas 20,000 people dying in an earthquake would be a secondary story, because we're so fascinated with the ideas of transgressions rules and rule-breaking; punishment and forgiveness. 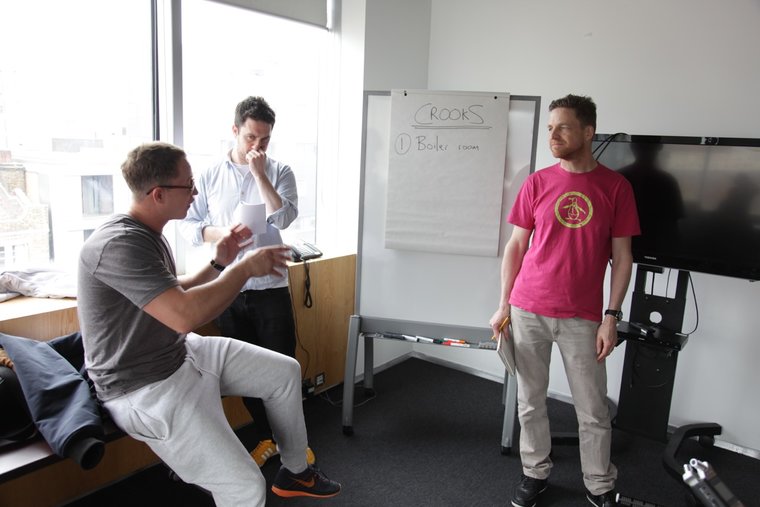 How did Underworld.tv come about?

Three years ago I set about with the idea of trying to do this properly. In television very often, in the course of making a programme we go and meet people to research our subject. By the time we've finished making the programme we've got quite a good relationship with these people and they've opened up, but it's too late then, we're onto the next project. So first of all I thought that, rather than have a story first, I'd go out and meet people and see what stories came out of that particular group. Quickly, it became obvious, that I had tapped into an incredible resource: a group of very creative people who have had very few outlets for their creativity and who don't have access to the creative industry. For many of the people that I met, their first involvement in something creative was in prison. They absolutely loved it and came out of prison wanting to carry on, but there was nothing there for them. I was very fortunate to meet a bunch of people who wanted to work with me, so very quickly we found that we had a creative team. One of the first people I met was my business partner, Tony Sales, who brought another group of people into our creative team. So now we have a creative team that has access to stories that you ordinarily couldn't get to hear.

Have many of the people you've brought into your creative team come via word-of-mouth?

Have you hired anyone through a particular organisation or recruitment agency?

At the very beginning I made contact with Synergy Theatre Project. Synergy is a really fabulous organisation run by an amazing woman called Esther Baker which creates groundbreaking drama in and out of prison with prisoners and ex-offenders. They put me in touch with the first ex-offenders I met, and still introduce me to people if they've got somebody who is right for us. They've been a real inspiration. We've now got a very varied group of people from all kinds of backgrounds, different ethnicities, different genders, different ages, which is brilliant. Your normal TV development company is quite homogeneous, but ours is so diverse it's incredible and it's really good fun as well. But if we need specific skills, we can get them, not everyone has to have the same skills, and I think that that makes us very strong. Tony and I are very different personalities. We have completely different skill sets. So it's great to work together because we 've got a completely different approach to problems. And the same goes for our development group. They're so diverse that you cast your net very wide, really. 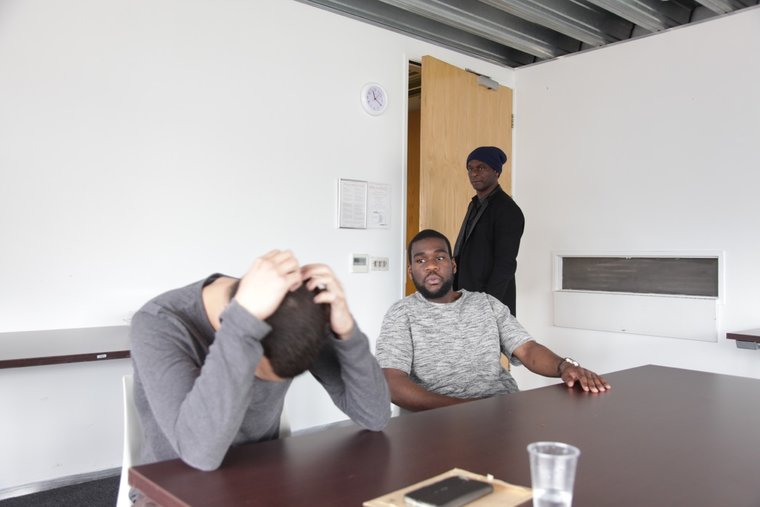 So actually you feel like you're getting more because you're allowing for diversity and different skill sets within your team.

Do you have any specific requirements you look for when you're bringing people on board?

Yes I do, actually. One of the things I look for is enthusiasm. That tends to be the main qualification for us. If someone's really enthusiastic and really wants to do it then I will try and find something for them. Until now it's been fairly sporadic, and as we grow we're creating more formal roles for people. If people want to do it then that's the main qualification. Because everyone offers something different and access to a different group of people – a different part of the story.

How have you found the ex-offenders you've worked with as colleagues and employees?

I couldn't say one thing about everybody because they are, as in any workforce, a varied group of people. But in general it's been nothing but positive. I think it's important to understand where people need support, and again it's the same skills that you would apply to any workforce. You have to offer training and support where people need it. When we've had moments when the chips are down, people have stepped up to the plate. You've just got to understand where people's skills and strengths and weaknesses lie. 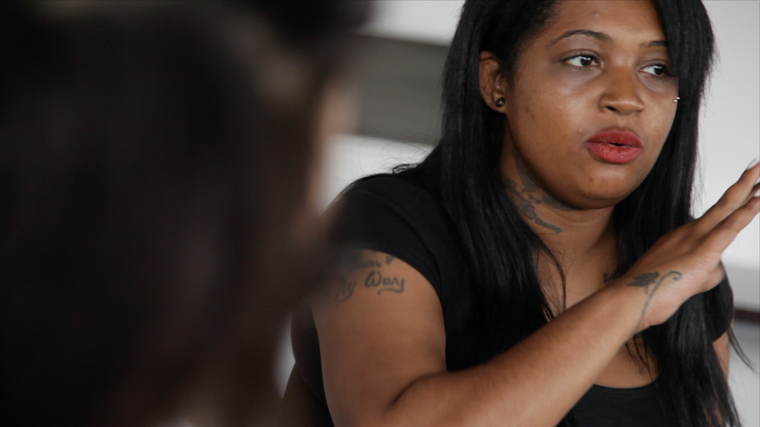 Do you provide much training for people you bring on board?

Yes, and again this will grow. Up until now, because we haven't had the resources, we've placed people with other organisations for training. Synergy is really good at training and they've already done a lot with people who come our way. There are also various internships and trainee schemes which we've managed to tap into, and that's been very positive. And if people come back to work with us that's great. Our aim is definitely to train as much as possible: for anyone who works for us for a reasonable amount of time to be able to then go off and continue working in the creative industry in the future. That's our business plan, that's where we're going. It's been quite limited up to now because we're just getting going and have had limited resources, but that's very much part of what I hope we'll start really doing properly next year.